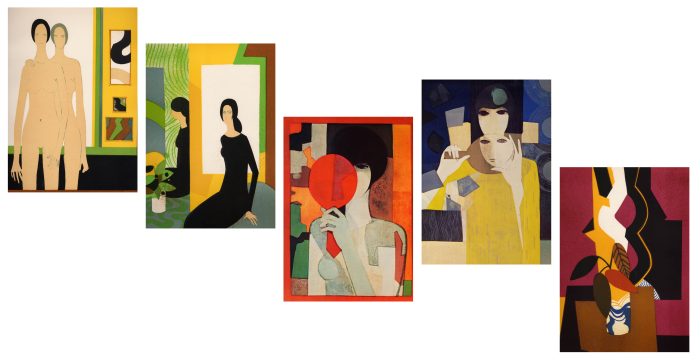 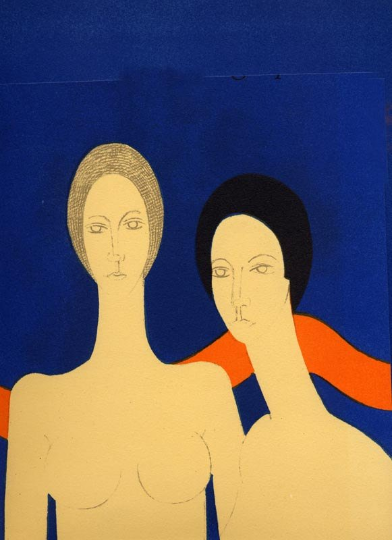 Andre Minaux (1923-1986) was born in Paris, France. His art subjects depict various scenes of woman in a bold abstract style; though they gradually became more abstracted throughout his prolific career. In addition, he produced a monumental painting over 20 meters in length at the Maison de la Pensée Française, Paris in 1960.

Minaux studied under French painter Maurice Brianchon, at the Ecole National Supérieure des Arts Décoratifs, in Paris from 1941 to 1945. At the same period Minaux exhibited at the Salon d’Automne and Salon des Independants.  Also he exhibited internationally, from New York to Tokyo.

The Musée d’Art Moderne in Paris purchased a painting from Minaux in 1950, also Tate Gallery added a painting by Minaux to its permanent collection. It was followed by a successful first solo exhibition at the Galerie Bernier in 1951. This busy and prolific period saw André Minaux participating in the Venice Biennale in 1952, and exhibiting in London for the first time in 1953, firstly at the Adams Gallery, and subsequently at the Redfern Gallery.

André Minaux continued exhibiting during the entire course of his career in Paris, throughout France, and also in New York, Amsterdam, Brussels, Montreal, Toronto, and Tokyo.

André Minaux’s early work promoted a return to realism, and used somber, earthy pigments. However, his work from the 1960s developed away from naturalism, and became more stylized and colorful, experimenting with new techniques and abstract forms.

Internationally acclaimed, works by him are held by such institutions as the Musée d’Art Moderne in Paris and the Tate Gallery, London.